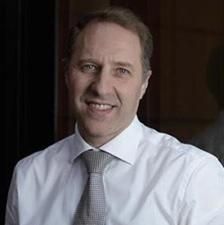 Since June 2015, Ludovico has been a member of the Global Lottery Monitoring System Executive Committee. He was also elected President in June 2017, and was re-appointed again in May 2019 for the term 2019-2021.

In May 2013 Ludovico became Vice President, Product Marketing Betting at GTECH Plc and from April 2015 until August 2017, held the position of Senior Vice President Global Product Marketing Betting at IGT. Earlier in his career, he worked for Sisal SpA (Italy) and William HILL Plc (UK). In May 2015, Ludovico become a member of the American Gaming Association Sport Betting Task Force, which was followed by becoming a member of the World Lottery Association (WLA) Sports Integrity Committee in May 2019.