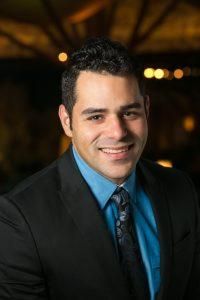 Hamilton has been with Mohegan Sun since 2004. He has also held several important key management positions within Human Resources, Advertising and most recently as Assistant General Manager during his time with Mohegan Sun.

Hamilton received a bachelor’s degree at Seton Hall University and a master’s degree at the University of New Haven. He is a member of the Mohegan Tribe, the 2016 Chairman for the March of Dimes Walk for Babies and is a proud member of the Board of Directors for the United Way of Southeastern CT.

In his new role as President and General Manager, Hamilton will also be responsible for achieving overall business objectives and the strategic planning and operational results of Mohegan Sun and will also drive and oversee the development and implementation of capital and operating budgets, marketing business plans, technology, the guest experience, and human capital development.